Yes, you my interweb friend.Do you know what today is?

This is going to sound weird, but I kind of don’t want Christmas to be tomorrow. And, no, I haven’t gone crazy. Okay, maybe a little. You see, it’s only around Christmas time that certain things I loveeee (yes, with a few extra e’s) happen. Like, houses decorated with a million sparkly lights; fireplaces adorned with fuzzy red stockings; Christmas trees standing prettily in living rooms; snowman wrapping paper; Gingerbread Coffee; Salted Caramel anything and everything. Why do these things have to be seasonal? Can’t they be year round? Anyone with me? Anyone? I’ve gone all bummed-out on you, haven’t I? I’m sorry. Let’s get back to being excited. 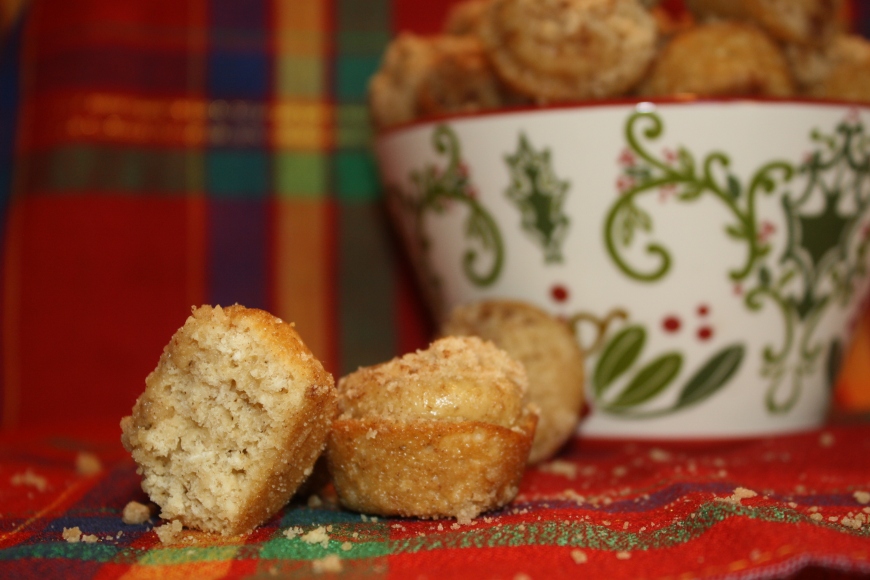 These donut bites are baked (can I get a woot woot for saving your and my fingers from getting oil burns?) in a mini muffin pan, making them the perfect bite size treat. The donut itself is soft and moist, and filled with all those yummy warm spices. It is covered in a brown sugar glaze that soaks right into the donut, and is then topped with a brown sugar crumb topping and a little extra cinnamon. I may have wanted these to be gingerbread donuts, but I can’t even complain about the outcome…they really are pretty darn tasty!

Directions:
Cinnamon Brown Sugar Donuts
Preheat oven to 350 degrees and grease the wells of a mini muffin pan. Set aside.
In a medium bowl, combine flour, brown sugar, baking powder, salt, cinnamon, cloves, ginger, and nutmeg. Mix until well-incorporated.
Add milk, sour cream, egg, and butter. Stir until combined.
Mix in maple syrup until just incorporated.
Spoon two teaspoons of batter into each well of a mini muffin pan. Bake for 7 to 8 minutes or until a toothpick comes out clean.
Let cool for about 5 minutes before removing from pan.

Glaze
In a small bowl mix together brown sugar and water until combined.
Spoon glaze over each donut bite—make sure to cover the whole bite.
Set glazed donut bites on a piece of wax paper.

Crumb Topping
In a small bowl, combine brown sugar, flour, and butter—using your fingers works best—until it’s of a crumbling consistency.
Generously sprinkle each donut bite with crumb topping before the glaze hardens, and then sprinkle with a little bit of cinnamon.

Merry Christmas to all, and to all a Baked Cinnamon Brown Sugar Donut Bites kind of night :) 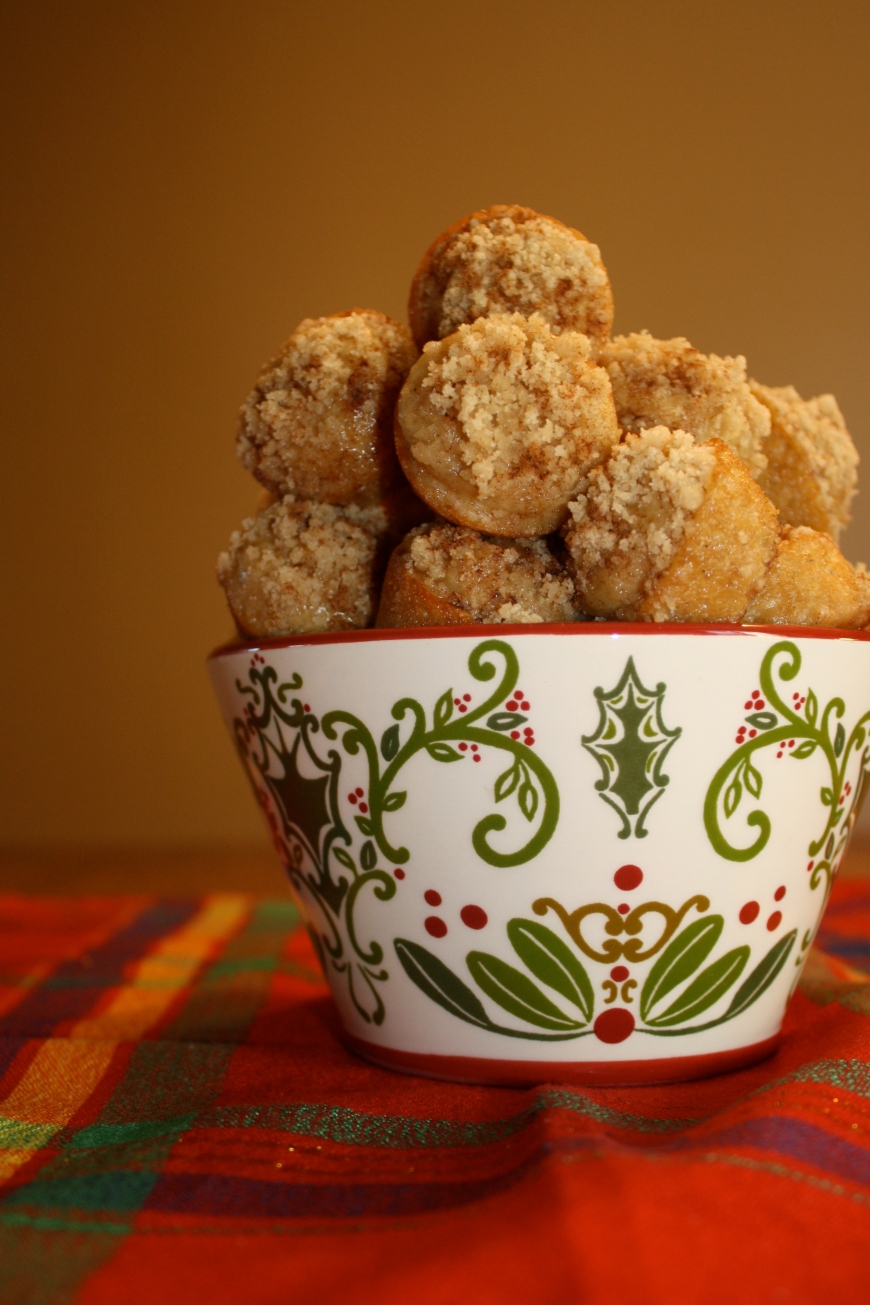