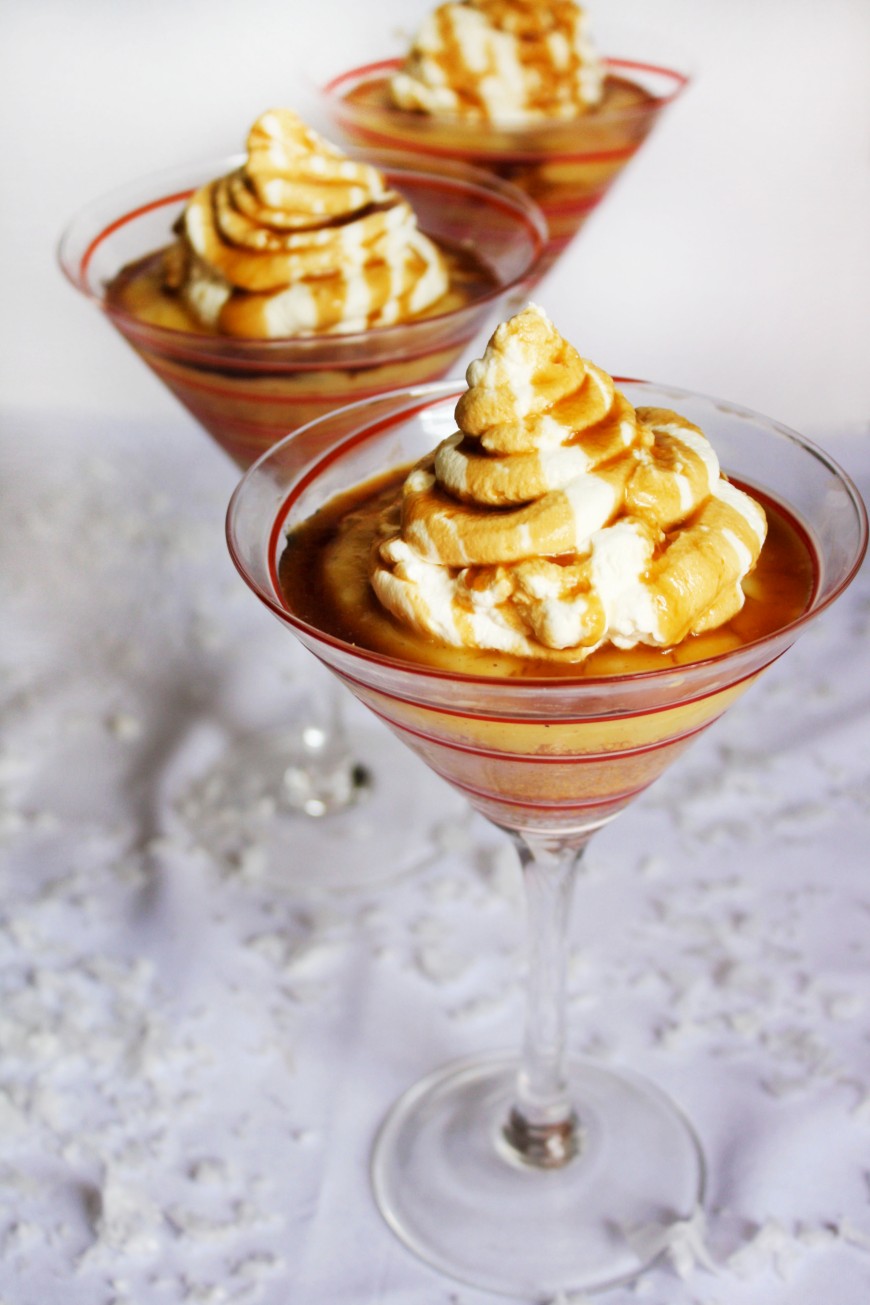 I don’t know exactly what to say.

I don’t even know how it happened, really.

This is the second year that I’m posting an eggnog themed dessert to kick off the holiday season. And, yes, I know I’m about two weeks late for the kick off. It’s been busy for me. Very, very busy. 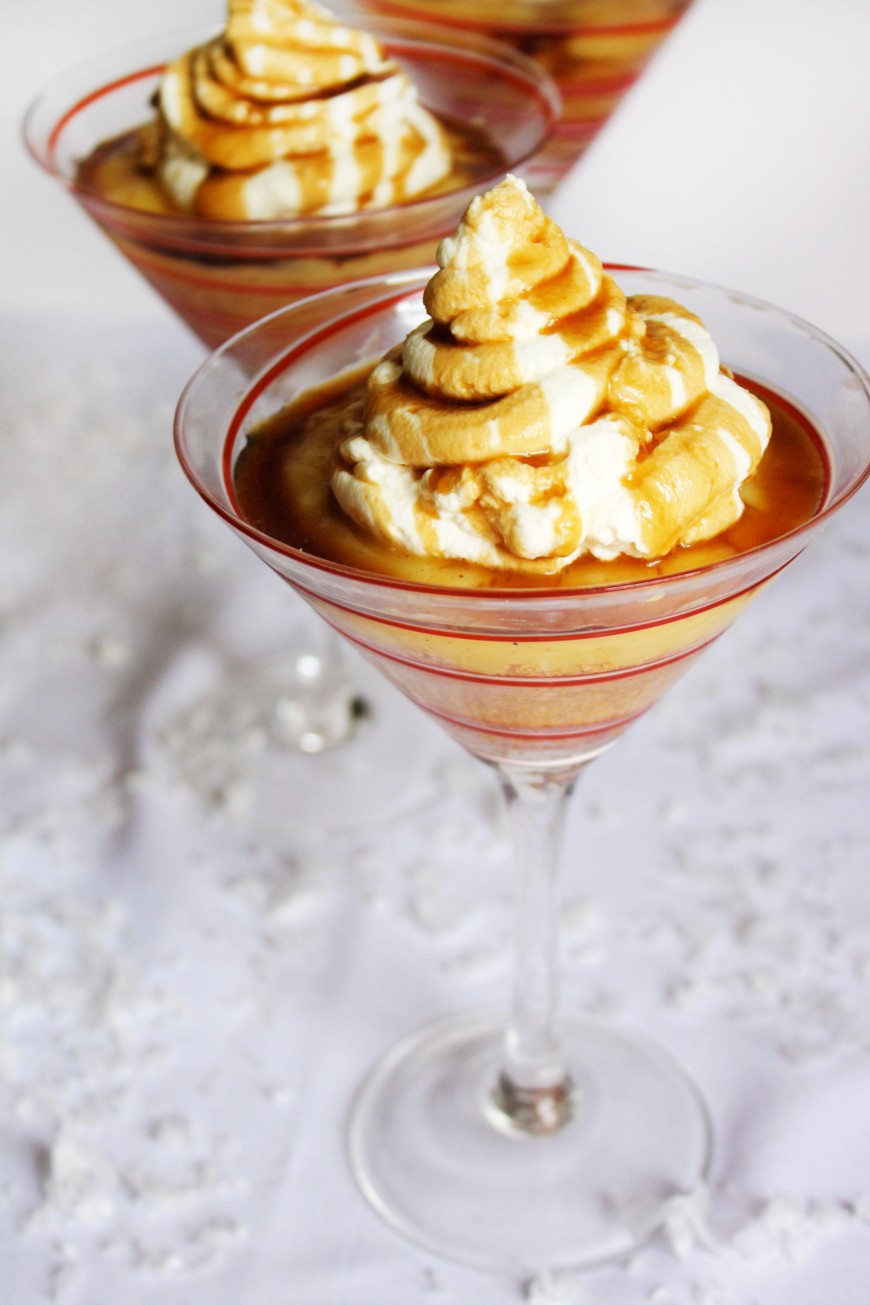 Two things I need to point out here.

ONE. This is the second holiday season we are spending together. Awhhhh guys, have I told you lately that I love you? Cause, I totally do. And, I’m really happy you’re all apart of my life. Seriously. Thank you.

TWO. For those of you that didn’t know, I don’t like eggnog. I know, how ridiculous. Or, not really, because I’ve met quite a few anti-eggnoggers over the years. It’s just not my thing. And yet, here I am, making another eggnog related dessert. What can I say? I’m complicated like that. 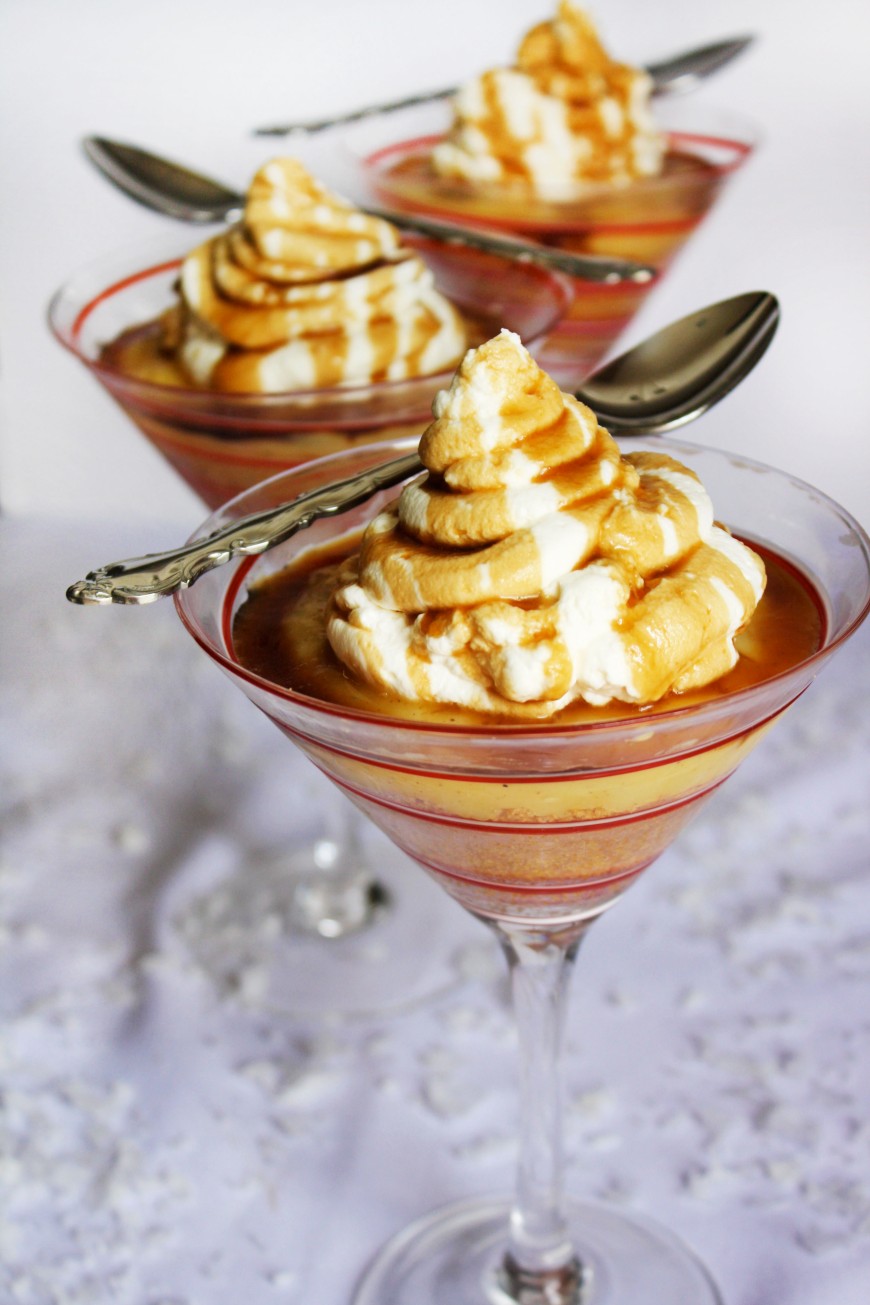 What I really wanted to make was something with gingerbread. I had been dreaming of gingerbread filled desserts—cronuts, mini pies, candies, truffles—but for some reason I kept circling back to eggnog pudding pie. It could be that I love pudding or even that I’m a huge fan of pie. But, I really think it comes down to this: there are currently three containers of eggnog sitting on the top shelf of my fridge. It’s the first thing I see any time I open the door. Those cartons, just staring at me, giving me the stink eye.

I was over it.

So, naturally, I made eggnog pudding pie. 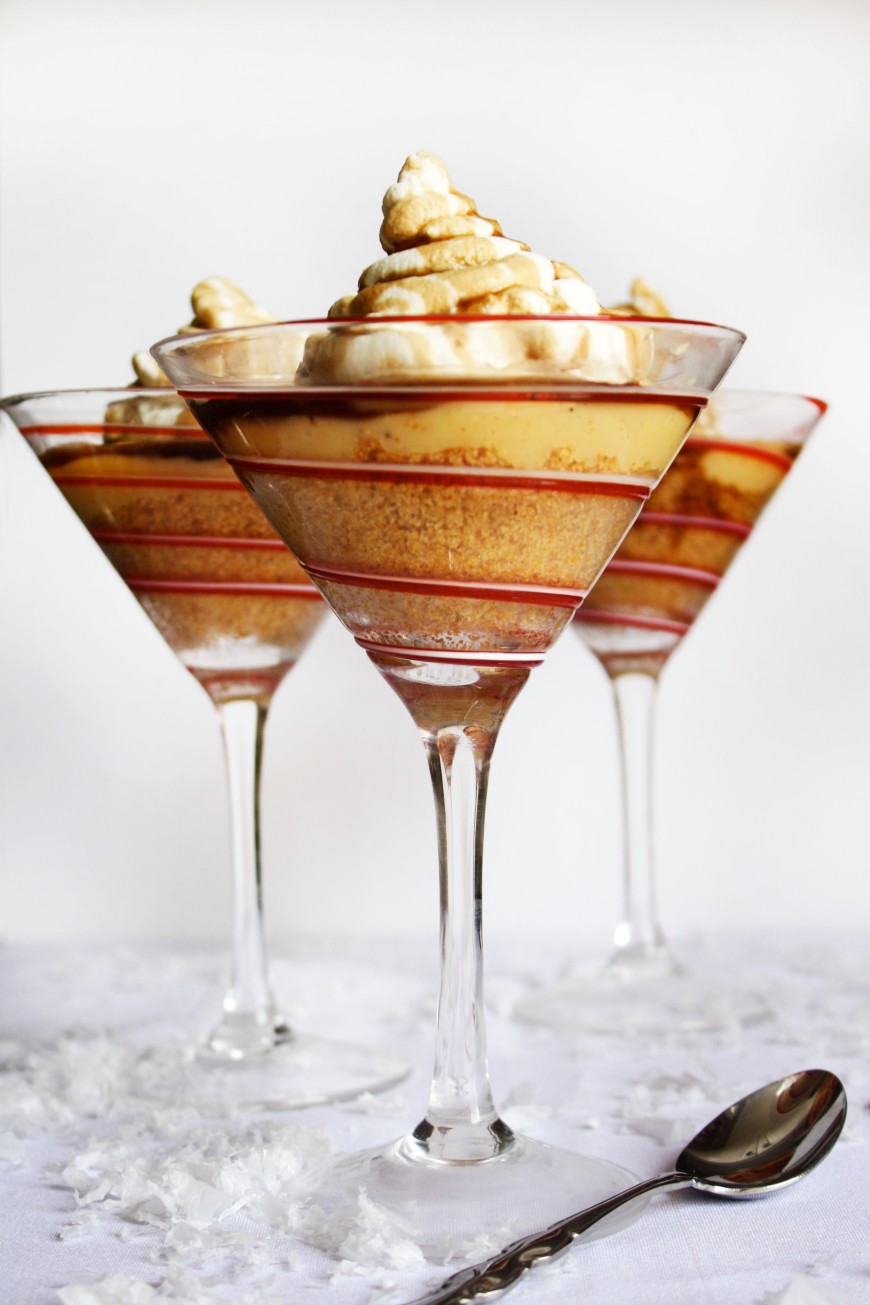 Each glass (aren’t these glasses the cutest things?) has a generous layer of graham cracker crust that is topped with a creamy, nutmegy (have I told you I constantly have the desire to add two g’s to nutmeg every time I write it?) eggnog flavored pudding, which is then topped with an excessive amount of whipped cream and drizzled with a rum sauce. I repeat, rum sauce. 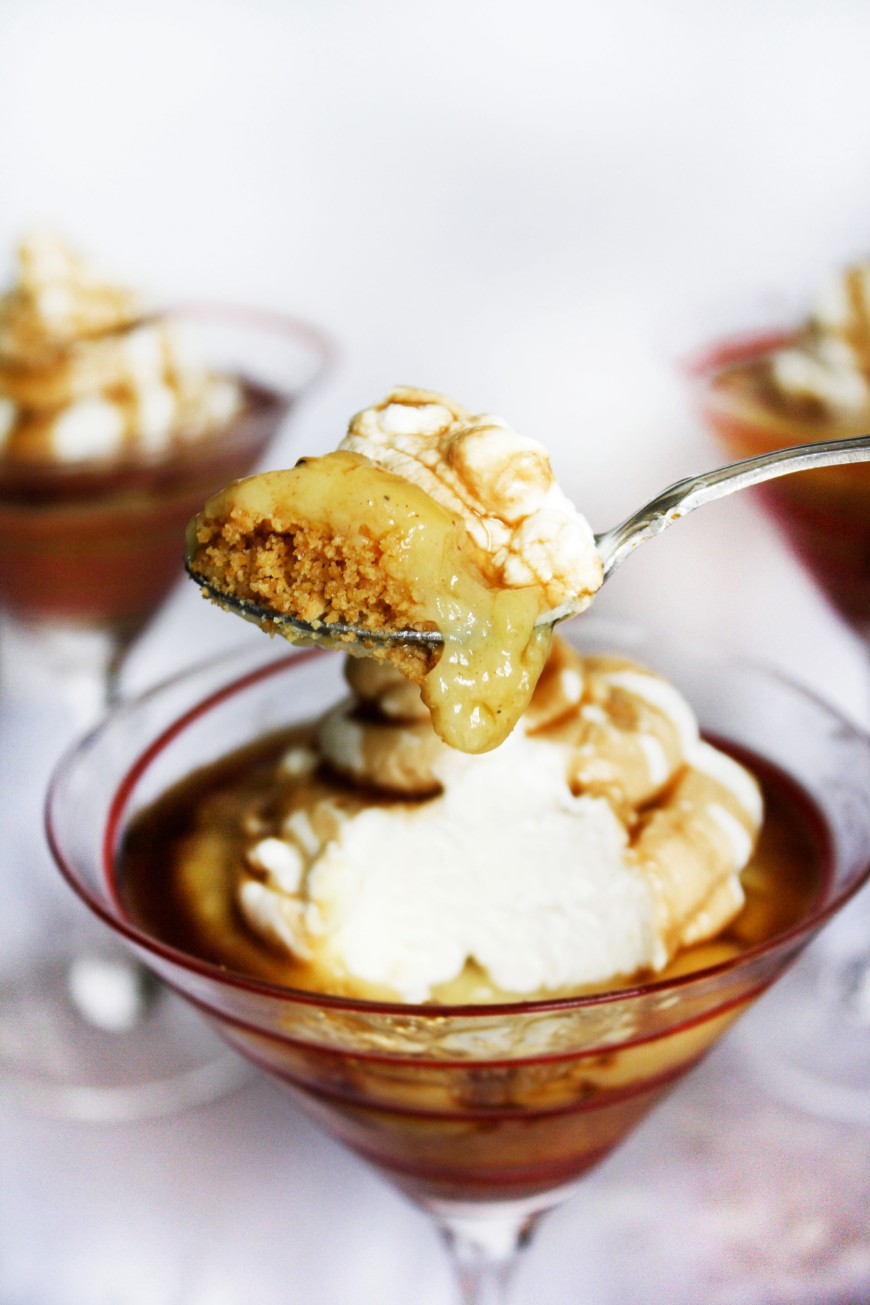 You know, I may knock on eggnog by itself, but it seems eggnog desserts aren’t half bad. It may have something to do with the rum.

And, come on, is there really anything wrong with that? 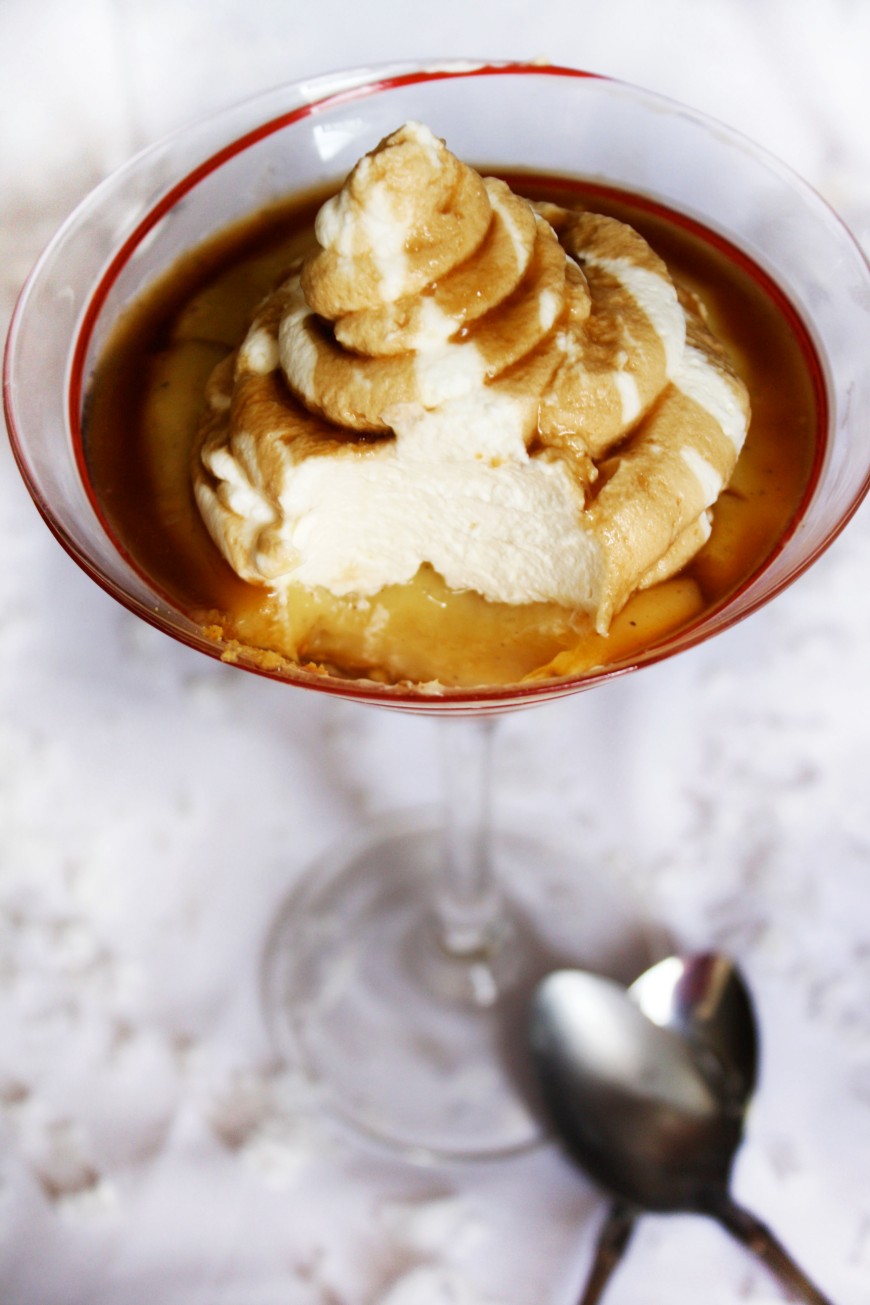 Directions:
Eggnog Pudding Pie
In a small bowl, mix together graham cracker crumbs and butter until moistened. Spoon crumbs into the bottom of the glasses (or, the container of choice) and set aside.
Combine the eggnog, cornstarch, sugar, and nutmeg in a medium-sized saucepan over medium heat. Bring mixture to a bubble and whisk constantly. When the mixture thickens–it’ll be the consistency of country gravy–remove it from the heat and transfer pudding into a bowl.
Cover the surface of the pudding with plastic wrap and let chill for about 35-40 minutes or until set.
Once set, spoon or pipe the pudding on top of the graham cracker crumbs.

Rum Drizzle & Assembly
While the pudding is setting, make the rum drizzle. In a small saucepan, combine brown sugar, rum, and butter. Bring mixture to a boil, stirring occasionally, and boil for 1-2 minutes, or until the brown sugar has dissolved. Remove from heat and let cool.
Once cooled, pipe whipped cream on the pudding and then drizzle generously with the rum sauce. 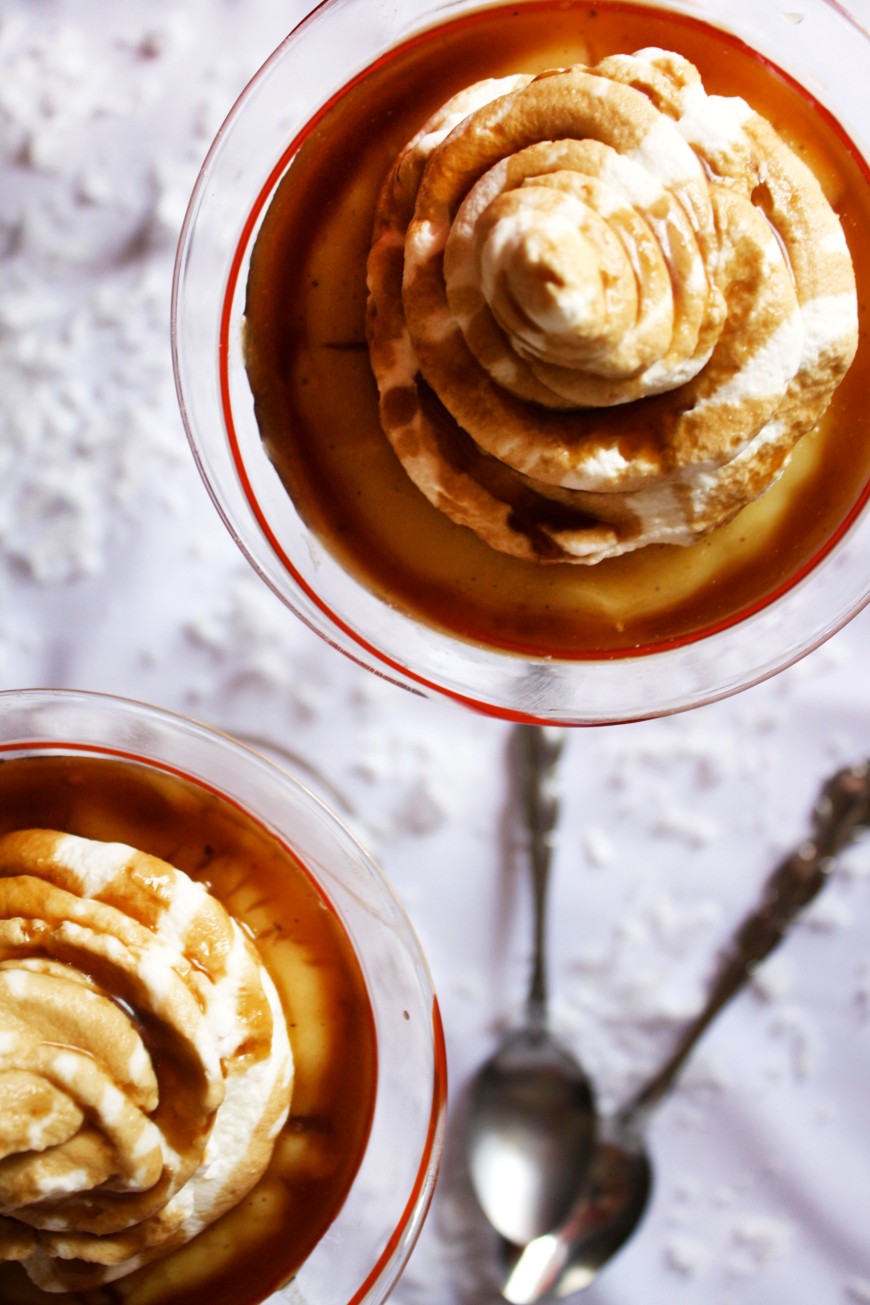