I’ve sipped about ten shooters. Give or take a few. Truthfully, I’ve lost count. And, I just reached for another.

What? Don’t look at me like that. Hot chocolate overdose can happen to anyone. Especially when it’s cold outside. And when the hot chocolate has hints of toffee. And is smothered in whipped cream. And sprinkled with toffee bits. And served in mini glasses that are ridiculously festive.

Can we just talk about the Snowman Shooters for a minute? Are these glasses not the cutest things you have ever seen? 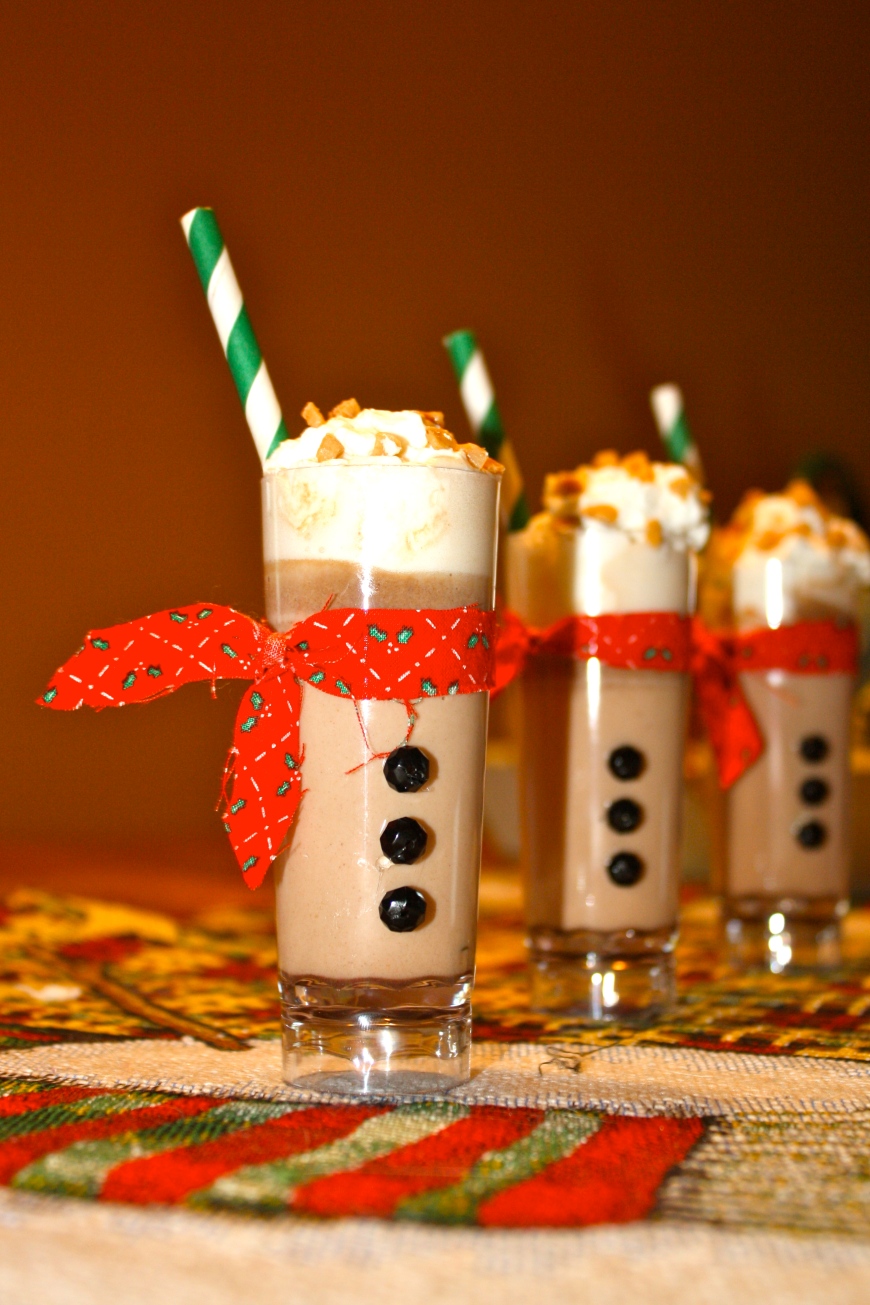 Okay, maybe not the cutest thing ever, but they definitely rival for first, or at least come in second. Come on, you know I’m right. I, for one, just can’t get over how stinkin adorable they are. In fact, I stared at these little guys for a good ten minutes without taking a sip…I didn’t want to ruin their cuteness by drinking it. Hopefully you understand that feeling, and aren’t thinking that I’m a complete loon right about now. I’ve already started thinking of other things I can turn into glass form…spoiler alert…baby chick glasses for Easter filled with some sort of trifle. I’m already smiling in anticipation.

Did I mention how easy and inexpensive they were to make? All you need is a little fabric, a few beads, and some hot glue. Simple, right? If you want specific directions or some tips or just want to talk about how adorable they are, just leave a comment or message for me, I’d be more than happy to talk about any of the above :)

I did eventually get around to taking a sip. And then, another. And another. And then, I poured a few shooters for my family, who happily sipped its contents and then asked for seconds.

I haven’t even told you about the toffee hot chocolate.

This toffee hot chocolate has everything you could possible want from a cup of hot chocolate. It is velvety and not overly rich, chocolately and nutty, and has a creamy toffee aftertaste that leaves you wanting another sip immediately. The whipped cream and toffee bits on top, though optional, really do kick these shooters up a notch on the yummy meter—in other words, splurge a little on the toppings, you won’t regret it!

Mr. Snowman himself even liked it. He quickly sipped his shooter. 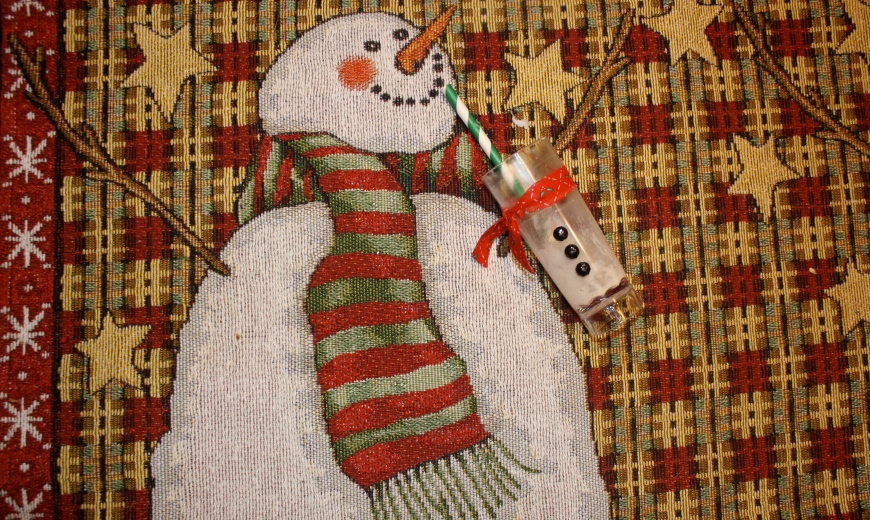 Utensils:
10 shooter glasses decorated as snowman*
10 green & white stripped straws
*If you want specifics on how to make the snowman shooters, just let me know!

Directions:
In a medium-sized bowl, combine ground toffee bits, sugar, and salt. Set aside.
Heat a medium saucepan over medium heat, and add milk and half and half. Bring mixture to a simmer, stirring frequently.
Add three tablespoons of the milk mixture to the toffee-sugar-salt bowl, mixing thoroughly until combined.
Turn the heat down to low and using a spatula gradually add the toffee mixture to the saucepan, whisking until incorporated (don’t let the mixture boil).
Whisk in the vanilla and chocolate chips until melted and smooth.
Remove from heat and pour into glasses. Put straw in the cup and then top with whipped cream and toffee bits before serving. 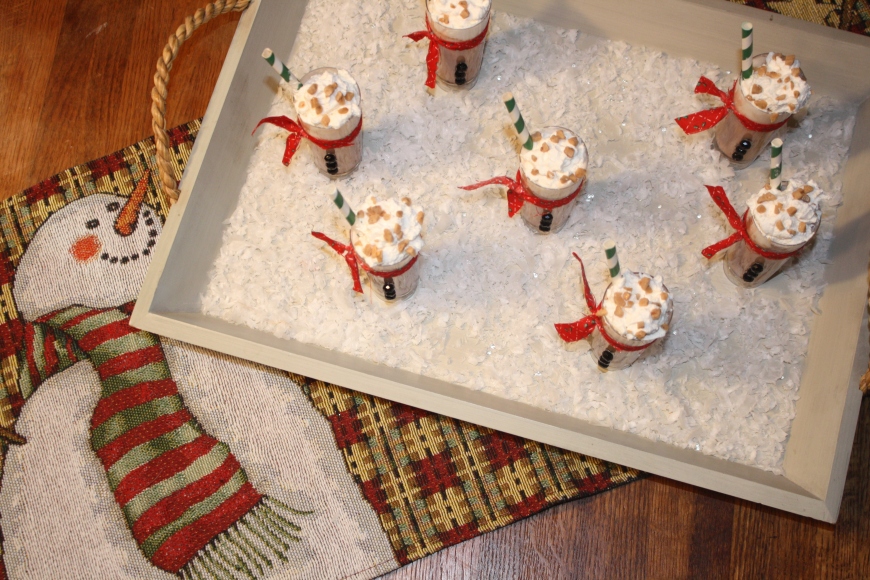