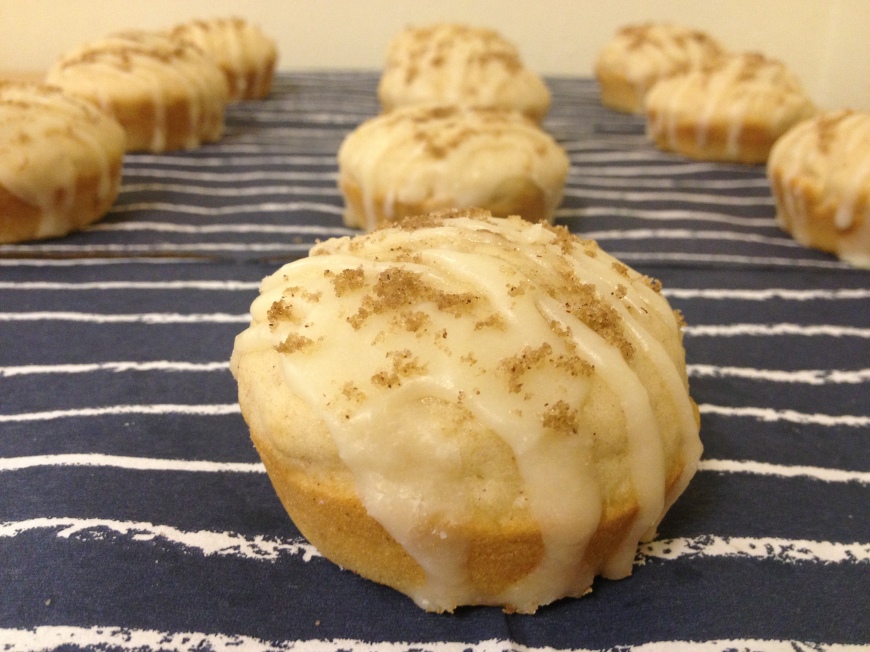 Who doesn’t love a lazy Sunday?

Cinnamon rolls demand you to get out of bed. And if that isn’t enough, they also require time for the yeast to rise. Your lazy Sunday gets turned into a morning of standing in the kitchen and peaking in a bowl waiting for the dough to be ready. But, this doesn’t really bother you, because after all, it’s a Sunday and you have plenty of time to wait for your breakfast.

What’s a girl to do? Give up and wait until Sunday? Or, make lazy Fridays (at least in part) an actual thing?

I voted for making lazy Fridays a thing. And, after you taste these cream cheese cinnamon roll muffins, you are going to want to make every day of the week a lazy day. 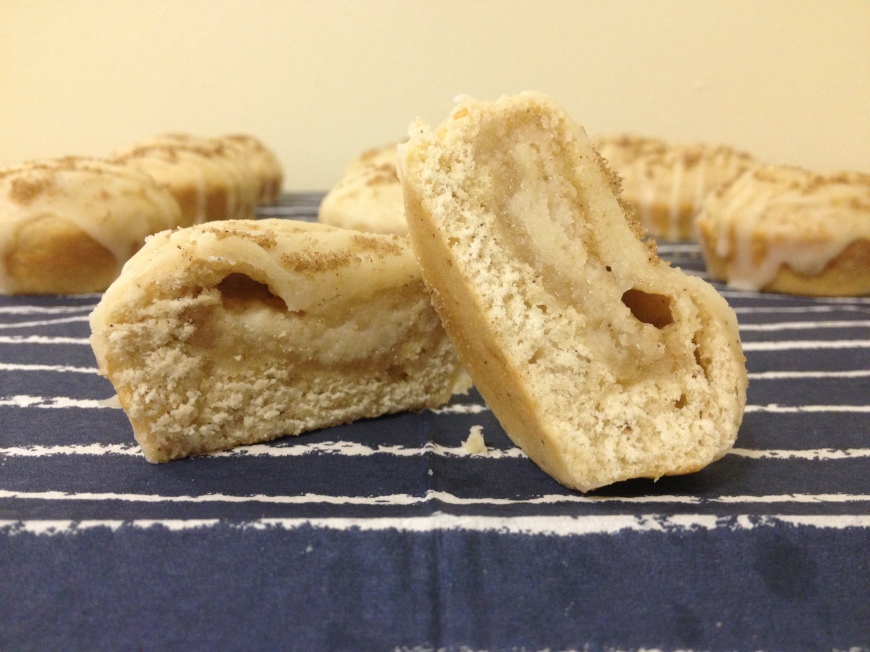 I should mention that these muffins do require a little bit of time and preparation, but believe me when I say, it’s much less time consuming than homemade cinnamon rolls, and it’s beyond worth it.

These muffins are moist, not too dense, and have a cinnamony flavor throughout. The cream cheese filling melts and combines perfectly with the muffin batter, moistening each bite you take. Even though the filling adds an extra step to the normal muffin baking process, I highly suggest doing it. It will only make your Friday that much better. The cream cheese glaze and spice sprinkle on top complete the muffins, making them taste pretty darn close to a real cinnamon roll. The muffins taste heavenly warm and even better with a cup of coffee. Hopefully your lazy Friday turns out as good as mine :)

Cinnamon Roll Muffins
Mix the butter and sugar, until light and fluffy.
Add the egg and vanilla. Mix until well combined.
In a separate bowl, combine flour, baking powder, salt, nutmeg, and cinnamon.
Alternate between adding the flour mixture and milk, starting and ending with the flour mixture.
Mix until just combined.
Place mixture in the fridge for a bit (the colder the muffin mixture, the easier it is to work with).

Assembling the Cinnamon Roll Muffins
Preheat oven to 350 degrees and spray a muffin pan with cooking spray.
In a small bowl, combine brown sugar, cinnamon, and a pinch of nutmeg. Mix until well combined.
Take the cream cheese filling out of the freezer and the muffin mixture out of the fridge.
Scoop a tablespoon (or just enough to cover the bottom) of the muffin mixture into each muffin well.
Roll each cream cheese filling ball into the cinnamon mixture. Place a ball into each muffin well. Set aside the left over cinnamon mixture—this is what you will sprinkle on top of each muffin.
Divide the remaining batter among the muffin wells to completely cover the cream cheese ball.
Bake for 15 minutes.

Cream Cheese Glaze
While the muffins are baking, make your cream cheese glaze.
In a small pan, heat the butter on low until melted.
Once melted, add the cream cheese. Mix until smooth.
Add the sifted powered sugar into the pan. Stir until combined.
Stir in the vanilla.

Final Toppings
Once the muffins are done, remove them from the muffin tin.
Drizzle cream cheese glaze over each muffin and sprinkle with leftover cinnamon mixture. 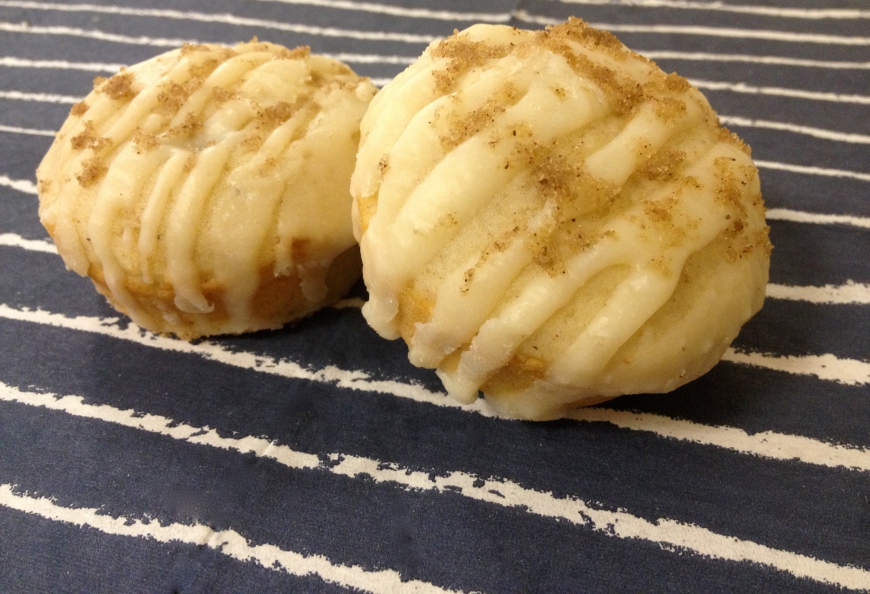